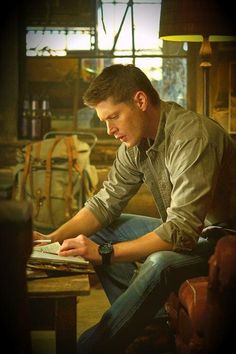 Episode 1: Girl Talk
The Truth About Alice by Jen Mathieu
Love and Other Theories by Alexis Bass
How To Love by Katie Cotugno
Beautiful by Amy Reed
Life By Committee by Corey Ann Haydu
Ten Things We Did (and Probably Shouldn’t Have) by Sarah Mlynowski
Wildlife by Fiona Wood

Episode 3: Girl Fantasies & 50 Shades of Grey
Not That Kind of Girl by Siobhan Vivian
The Grisha Trilogy by Leigh Bardugo
How I Live Now by Meg Rosoff
The Princess Diaries series by Meg Cabot
The DUFF by Kody Keplinger
Side Effects May Vary by Julie Murphy

Episode 4: The LadyHead Seal of Approval
Prep by Curtis Sittenfeld
Looking for Alaska by John Green
Uses for Boys by Erica Lorraine Scheidt
Don’t Let Me Go by JH Trumble
The Piper’s Son by Melina Marchetta
Raw Blue by Kirsty Eagar
The DUFF by Kody Keplinger
Wicked Lovely by Melissa Marr
Starglass by Phoebe North
The Program by Suzanne Young
Kiss It by Erin Downing
About a Girl by Sarah McCarry

Episode 6: The Greatest Love of All
Bastard Out of Carolina by Dorothy Allison
The Color Purple by Alice Walker
Push by Sapphire
Cunt: A Declaration of Independence by Inga Muscio
Woman: An Intimate Geography by Natalie Angier
If I Stay by Gayle Forman
The Summer Prince by Alaya Dawn Johnson
Anatomy of a Boyfriend by Daria Snadowsky
The Alex Crow by Andrew Smith
Forget You by Jennifer Echols
The Absolutely True Diary of a Part-Time Indian by Sherman Alexie
Fingerprints of You by Kristen-Paige Madonia
Deenie by Judy Blume
Then Again, Maybe I Won’t by Judy Blume
Wildlife by Fiona Wood
Guyaholic by Carolyn Mackler
The F-It List by Julie Halpern
The Infinite Moment of Us by Lauren Myracle
Shade by Jeri Smith-Ready
Stealing Parker by Miranda Kenneally
Hello, Groin by Beth Goobie
The Miseducation of Cameron Post by Emily Danforth

Episode 7:  Writing Sex –  A YA Fiction Craft Talk
Breathless by Jessica Warman
The Vast Fields of Ordinary by Nick Burd

Episode 9: Body Image
Dumplin’ by Julie Murphy
Everything Beautiful by Simmone Howell
Gabi, A Girl in Pieces by Isabel Quintero Flores
I’ll Meet You There by Heather Demetrios

Episode 10: Illicit Relationships
Consent by Nancy Ohlin
Girl by Blake Nelson
How We Fall by Kate Brauning
Out of Darkness by Ashley Hope Perez
Still Waters by Ash Parsons

Episode 14: Femininity
Exit, Pursued by a Bear by EK Johnston
See No Color by Shannon Gibney
Dare Me by Megan Abbott
Afterparty by Ann Redisch Stampler
The Forbidden Orchid by Sharon Biggs Waller
The Disreputable History of Frankie Landau-Banks by E. Lockhart

Episode 15: Romance Tropes
Unclaimed by Courtney Milan
Off-Campus by Amy Jo Cousins
Taking Him by Jackie Ashenden
The Spymaster’s Lady by Joanna Bourne
The Master by Kresley Cole
Say Yes to the Marquess by Tessa Dare

Episode 18: Sexual Content in YA Literature
A Court of Mist and Fury by Sarah J. Maas
At the Edge of the Universe by Shaun Hutchinson

Episode 19: Dating
Aristotle and Dante Discover The Secrets of The Universe by Benjamin Saenz Alire
Just Listen by Sarah Dessen
Freefall by Mindi Scott
The Female of the Species by Mindi McGinnis
Dreamland, by Sarah Dessen
Stay by Deb Caletti

Episode 20: School Dances
Prom by Laurie Halse Anderson
Pointe by Brandy Colbert
Freefall by Mindi Scott
Not That Kind of Girl by Siobhan Vivian
Belle Epoque by Elizabeth Ross
What We Left Behind by Robin Talley
Backlash by Sarah Darer Littman
Pretty Amy by Lisa Burstein
The Last Boy & Girl in the World by Siobhan Vivian

Episode 21: YA or Literary Fiction?
Big Girl Small by Rachel DeWoskin
Brutal Youth by Anthony Breznican
The V-Word: True Stories of First-Time Sex by Amber J. Keyser, editor
The Impossible Fortress by Jason Rekulak
The Girls by Emma Cline
I Crawl Through It by A.S. King
The Princesses of Iowa by M. Molly Backes
Bone Gap by Laura Ruby
Out of Darkness by Ashley Hope Perez
Everything I Never Told You by Celeste Ng
Freefall by Mindi Scott
Love Me Back by Merritt Tierce
Catcher in The Rye by J.D. Salinger
Girls On Fire by Robin Wasserman
One of the Boys by Daniel Magariel
The Glass Castle by Jeannette Walls
The Bunker Diary by Kevin Brooks
History of Wolves by Emily Fridlund
The Passion of Dolssa by Julie Berry
Dare Me & The Fever by Megan Abbott
The Virgin Suicides by Jeffrey Eugenides
Other Broken Things by Christa Desir
Drowning Instinct by Ilsa J. Bick
Mockingjay by Suzanne Collins

For an ongoing list of titles discussed on our podcast, please visit our main list at BookLikes.

If you have book recommendations or suggestions for future podcast topics, please give us a shout!

Leave a comment on the blog or email us at:

Thank you for listening and reading!

This site uses Akismet to reduce spam. Learn how your comment data is processed.